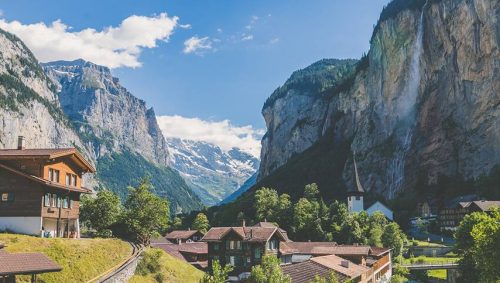 Valletta, Malta, December 1, 2021 / TRAVELINDEX / SUNx Malta and Les Roches, together with Earth Charter International recently announced the winners of the inaugural Strong Earth Awards which were presented at the ShiftIn’ Festival at Les Roches and broadcast to a global audience.

The awards were launched at the Strong Earth Youth Summit in April for students focussed on a future advancing Climate Friendly Travel – low carbon: SDG linked: Paris 1.5. Seven awards of 500 Euro each, donated by Les Roches, were given for the best 500-word “thought paper” on:

The winners were selected from students around the world, predominantly from developing countries, and the calibre of entries was extremely high. The competition has been designed to draw attention to the important sustainability messages contained in the Earth Charter, as well as the vision of the late Maurice Strong and its increasing relevance in today’s Climate challenged world.

Professor Geoffrey Lipman, President SUNx Malta said:
“We are delighted to once again be partnering with our friends and colleagues at Les Roches on the ShiftIn’ Festival and to present awards to the winners of the first Strong Earth Awards together with Earth Charter International in Costa Rica. The standard of entries was extremely high, and the winners all articulated the relevance of the Principles of the Earth Charter in the context of today’s existential Climate Crisis. This is an event which we will continue annually to honour the Earth Charter and the vision of Maurice Strong for a better, fairer, more inclusive sustainable world.”

Mirian Vilela, Exec Director, Earth Charter International said:
“I want to express my appreciation for the organizers, as well as the participants of this event and project. I trust the launch of the Strong Earth Awards will spark interest and imagination amongst youth to work collaboratively and apply the principles of the Earth Charter in their journey and efforts to put our world on a sustainable path! The Earth Charter which was first launched in 2000 can serve as an ethical compass for decision making and as an educational instrument that could guide humanity to a more sustainable and a peaceful world.”

Joceline Favre-Bulle, Director of Operations, Les Roches said:
Riding on the wave of COP 26, ShiftIn’ 2021 could not have been timelier! This 3rd edition of ShiftIn’ attracted over 700 global attendees & 27 of the world’s top experts in environmental & sustainability matters! However, without the knowledge, support, guidance, and good humour of the SUNx Malta team, this would not have been possible; we are honoured to be part of such a precious partnership; thank you.

A heartfelt congratulations to the 26 students who took part in the inaugural Strong Earth Awards; well done, all the submissions were exceptional! Moreover, compliments go to the seven prize winners whose papers were recognizably outstanding; it was an honour to read all the papers.

At Les Roches, we are already looking forward to the 2022 edition of both the Strong Earth Awards and ShiftIn; watch this space.

About SUNx Malta
SUNx is an EU based, not-for-profit organisation, established as a legacy for Maurice Strong, climate and sustainability pioneer and partnered with the government of Malta. SUNx Malta created the ‘Green & Clean, Climate Friendly Travel System’ which is designed to help Travel & Tourism companies and communities transform to the new Climate Economy. The programme is based on reducing carbon, meeting Sustainable Development Goals, and matching the Paris 1.5C trajectory. It is action and education focused – supporting today’s companies and communities to deliver on their climate ambitions and encouraging tomorrow’s young leaders to prepare for rewarding careers across the travel sector. Its co-founder and President is Professor Geoffrey Lipman.

SUNx Malta is calling for a DASH-2-Zero for the influential Travel & Tourism sector. Pushing for further action faster. Yes, to Net Zero Carbon, but by 2030 and a commitment to NO Greenhouse gases by 2050. DASH means Declare & Act with Support & Hope. SUNx Malta is training 100,000 young Strong Climate Champions across all UN States by 2030. Together with our Sustainable Development Goal (SDG-17) partners we are offering a UNFCCC linked Registry of Accelerated Ambition and support for Climate Friendly companies and communities.

About Les Roches
Three international campuses, more than a hundred nationalities studying with us… when we say “Global Hospitality Education” we really mean it. Whether you’re looking for undergraduate or graduate programs, Les Roches serves up academic rigor with a twist of innovation and entrepreneurship. Our campuses are uniquely compact and caring environments, while our commitment to Swiss-style, hands-on learning and small class sizes means you’ll make the most of every minute of your study time.

Dubai to Launch “Only in Dubai” Destination Experiences

UNWTO Supports the Promotion of Tourism in Tenerife