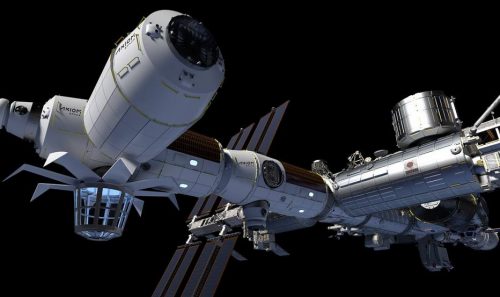 Houston, Texas, United States, May 13, 2021 / MADEINSPACE.com / SpaceFund Inc., announced it has fully deployed investments from its first “LaunchPad” fund today. The venture capital firm placed investor funds in 14 companies, including both some well-known NewSpace stars, as well as seeding rising stars it believes capable of helping lead humanity into the frontier of space.

• For a better understanding of Space and to join the economic and industrial development of space – MadeInSpace.com

“We’re right on track in our plan to seed and support the growth of these amazing companies,” said SpaceFund founder Rick Tumlinson. “Our formula is working. First we find brilliant frontier tech startups in need of early funding, then we bring in funds from visionary investors, and after significant diligence, we place those funds in just the right places to power the space revolution.”

SpaceFund is rapidly becoming the world’s leading space venture capital company. Its team started the LaunchPad fund in 2019 as a proof of concept to demonstrate its ability to find, navigate, and capitalize on deal flow that may be elusive to those outside of the insular next generation space community.

“We balance our excitement about what is and will be happening in space with a deep and thorough vetting process,” said SpaceFund managing partner and co-founder Meagan Crawford. “We don’t chase rockets, satellite swarms, or shiny objects. Instead, we find brilliant teams with game changing technologies and solid business plans. While some of them may not seem glamorous, they are the foundational elements of a rapidly rising space economy.”

In addition to one stealth company, the LaunchPad fund has now completed building its portfolio with investments in the following companies:

“These companies are a good representation of those rising to meet the challenge of what Gerard O’Neill called the ‘High Frontier,’” added Tumlinson. “The seeds our investors are enabling us to plant and support now, will grow into the mighty oaks of the future space industrial ecosystem. With our next BlastOff fund, we will widen this base, finding new leaders, and providing the funding for growth needed to assure humanity can permanently and profitably expand into that frontier.”

• For a better understanding of Space and to join the economic and industrial development of space – MadeInSpace.com

SpaceFund is now investing in new companies out of its second fund, the BlastOff fund. If your space startup would like to be considered for investment, please fill out the ‘Submit Your Company for Consideration’ form on the SpaceFund website

Thailand Property Awards to be Held in November 2020