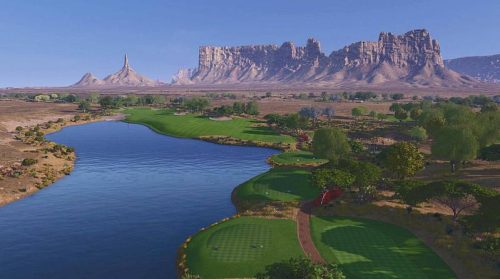 Riyadh, Saudi Arabia, November 1, 2021 / TRAVELINDEX / The Saudi-backed league will start as a 10-event series on the Asian Tour and the locations for the events are Asia, Europe, and, of course, the Middle East. Greg Norman will be the CEO of the LIV Golf Investments, which is connected to this series. Meanwhile, the majority shareholder of LIV Golf Investments is the Public Investment Fund, which is also investing arm of the Saudi Arabian government.

Norman said the investment of at least $200m in prize money over the next 10 years “is only the beginning” amid persistent rumours that he will also become the commissioner of a new Saudi-funded breakaway golf league. LIV Golf Investments is a new company backed by the Private Investment Fund which operates on behalf of the government of Saudi Arabia.

The Asian Tour will be the launch vehicle, as they won’t need any approval for the world ranking points. Because launching a new Tour would force them to get approval through OWGR. The announcement follows a recent 10-year partnership between the Asian Tour and Golf Saudi, which runs the Saudi International, an event formerly part of the European Tour.

There has been no announcement of specific player commitments. And PGA Tour players will likely still need tour approval as this is still a non-PGA Tour event. So it will be interesting to see how things play out over the next few days as this was just a warm-up announcement. In addition, there are a few things that will be announced in the coming weeks.