Constructed entirely of teak wood in the mid-nineteenth century by King Mindon, Shwe Nandaw Kyaung Monastery is one of the few relics which are typical of wooden architecture of ancient Myanmar. It was initially a part of the palace at Amarapura. Only a few years before the end of the monarchy in Burma, King Mindon ordered to move it to Mandalay and named as Shwe Nandaw Kyaung. After King Mindon died in 1878, his son, King Thibaw, decided to dismantle and rebuild it as a monastery in order to remember the merit of the father. So it is a unique blend between palace and monastery as well as the remaining most important relic of the overall Royal Palace after allied bombing raid of Japan. It is believed that the soul of King Mindon still haunts this building.

This 120 year-old monastery is really a wood masterpiece of the art with four floors narrowing toward the top. From afar, it looks quite old and ancient. However, if looking closely, you will see its roof, walls and balustrades were elaborately decorated with the exquisite sculptures in wood or marble, illustrating dancers, flowers, vines and legendary animals like serpentine dragons – an imaginary mascot commonly found in Asian temple. Inside the monastery has many gilt and glass mosaic wooden cabinets which have stored Buddhist scriptures written on palm leaf and folding parchments. Moreover, there are some images of King Mindon, Thibaw and Queen on the wooden panels. The main hall is most impressive with giant teak pillars, the imposing ceiling, the copy of the Lion Throne, worshiping the Buddha image and so on. The entire Shwe Nandaw Kyaung Monastery likes avividmuseum taking visitors back to the years of the history of Mandalay. 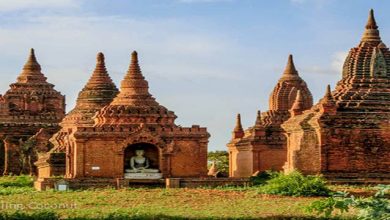 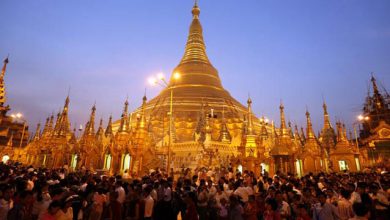 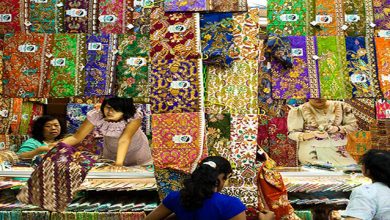 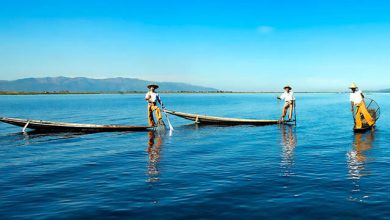