The Shwedagon Pagoda is one of the most famous pagodas in the world and it is certainly the main attraction of Yangon, Myanmar’s capital city.Locally known as Shwedagon Zedi Daw The, it sits atop of a hill and is 99 meters high. It can be seen from most places of Yangon day and night as the golden roof illuminates the city.According to some, the pagoda is 2,600 years old, making Shwedagon the oldest pagoda in the world.

The market was first built and inaugurated on the present premises in 1926. It was named Scott Market after Mr. C. Scott. the then Municipal Commissioner. Nowadays. it is called Bogyoke Aung San Market in honour of our national leader General Aung San who was assassinated in 1947.

The Chauk Htat Gyi Pagoda is famous for its huge image of Reclining Buddha. built in 1966 replacing the old image built in 1907 by Sir Hpo Thar. But it was suffered damage due to climate over the years. In 1957 it was demolished and rebuilt to this structure in 1966. It measures 65 meters and is housed in an iron structure with corrugated iron sheets roof of six layers

Originally a reservoir constructed during colonial times, Kandawgyi Lake is on of Yangon’s most pleasant open spaces, hosting a green, tree-filled park and the imposing Karaweik, a replica of a classically styled royal barge located on the eastern side of the lake.

The area surrounding the Karaweik has a number of restaurants and cafés, some of which have views acrooss the water and the Shwedagon Pagoda, offering western and local food. This part of the park costs K300 to enter, the rest of the park is free to enter.

The Sule pagoda is about 2,500 years old and contains a hair relic of the Gautama Buddha. It is believed that a powerful nat spirit called ‘Sularata’ resided at the site.

The British used the Sule pagoda as the centre of town planning during the colonial era and Burmese Royalty used it as a meeting point while it was used in the recent past as a gathering point by the activists of the 1988 uprising and the Saffron Revolution in 2007.Sule Pagoda’s ideal location makes it an attractive place to start a city tour. There are four entrances to the pagoda and it is close by the attractive colonial style buildings of the city. 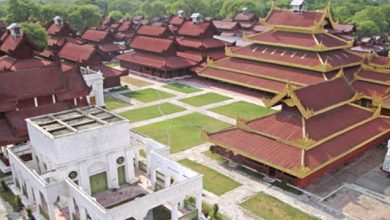 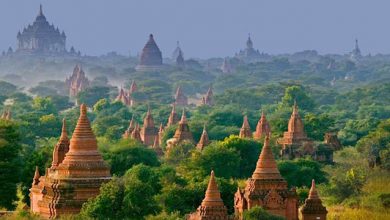 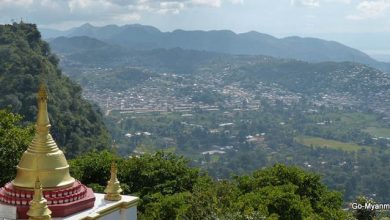 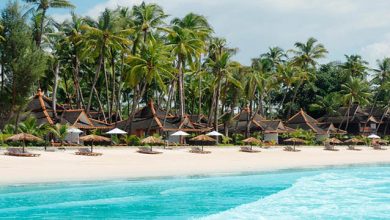