Located in Kanpetlet, Myanmar
Mount Victoria (Nat Ma Taung in Burmese, or Khonuamthung in the local Chin language) is set in the stunning and little-visited Nat Ma Taung National Park, home to a variety of rare and beautiful flora and fauna and ethnic tribes known for their tattoo-faced womenfolk. The national park’s biodiversity has led to it being awarded ASEAN Heritage Park status and of Outstanding Universal Value by UNESCO.

Located in Naungmung Township in Kachin State
With the height of 9,052 meters, Khakaborazi is the highest mountain in Myanmar where the significant National Park was built in 1996. The park formerly served as the nature reserve and then it was recognized as the National Park in 1998 for the purpose of protecting the rich biodiversity surrounding the mountain.

Located in Chin State in western Myanmar
ASEAN granted Nat Ma Taung (Mount Victoria) the great title as Myanmar’s newest Heritage Park in October 2012. The Park itself was founded in 1994 and covered the area of 720 square kilometers. Such area protects the evergreen and mixed forests associated with the rare species of orchids and butterflies that are only found in Myanmar. About the wildlife here, it includes the leopards, wild boars, tigers, gibbons, and hundreds of the different species of birds. There are lots of endangered species protected in this natural park.

Located in Mingaladon
About 35km to the north of Yangon, Hlawaga National Park is the popular destination for the eco-tourists who have the strong passion for the wildlife. The park also attracts many families coming to witness up to 21 different species of mammals, 145 species of birds, and 8 kinds of reptiles. Besides, the presence of the mini zoo lets you see how some wild animals like tigers, leopards, crocodiles, and bears live in an authentic manner. You can also expect to experience the elephant ride, rock climbing, boating, and trekking through the green park. 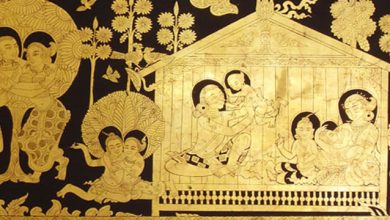